The sight of a baby bird hatching from its egg is absolutely adorable, even if it does look like an absolute mess.

These baby birds may seem unappealing at first glance due to their lack of feathers and underdeveloped wings. However, they are still capable of bringing a smile to the face of every animal lover with that enchanting cuteness only babies possess!

There’s nothing more adorable than baby owls. They’re the cutest little things, especially when you can see them in your very own backyard!

Owls are adorable creatures that bring a calming presence to any environment, but how much do we know about tiny animals?

Here are ten facts about owl babies that will give you a whole new glimpse into their world.

1. They Have A Special Name

What do baby birds call? Most people would say chicks, but that’s not true! Baby owls are just as cute and fluffy as any other young bird. However, they go by a special name: Owlets! 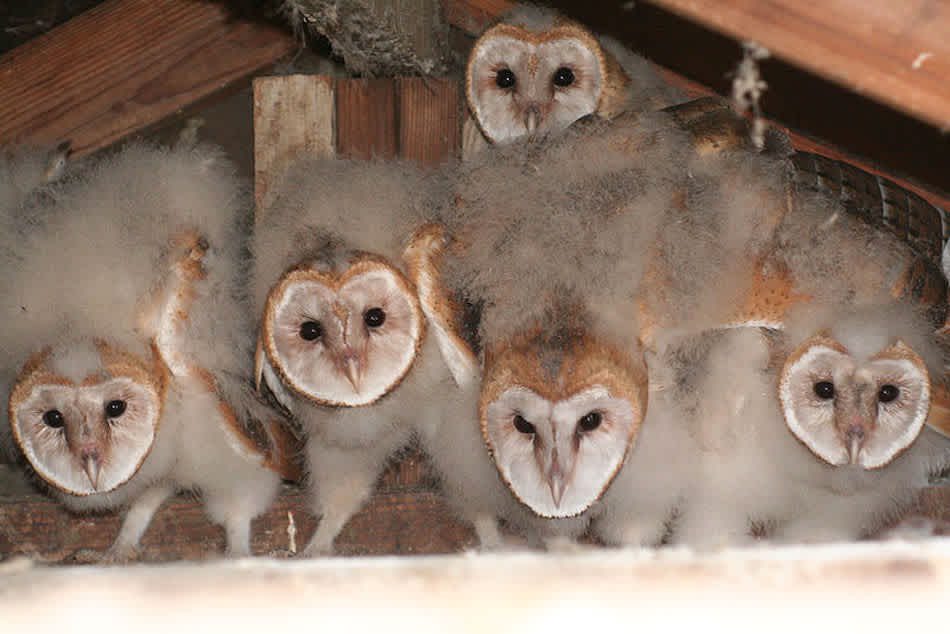 2. They Are Born With A Tooth

Owls are born with an egg tooth, which is a part of all bird births. It will fall off after one or two weeks. 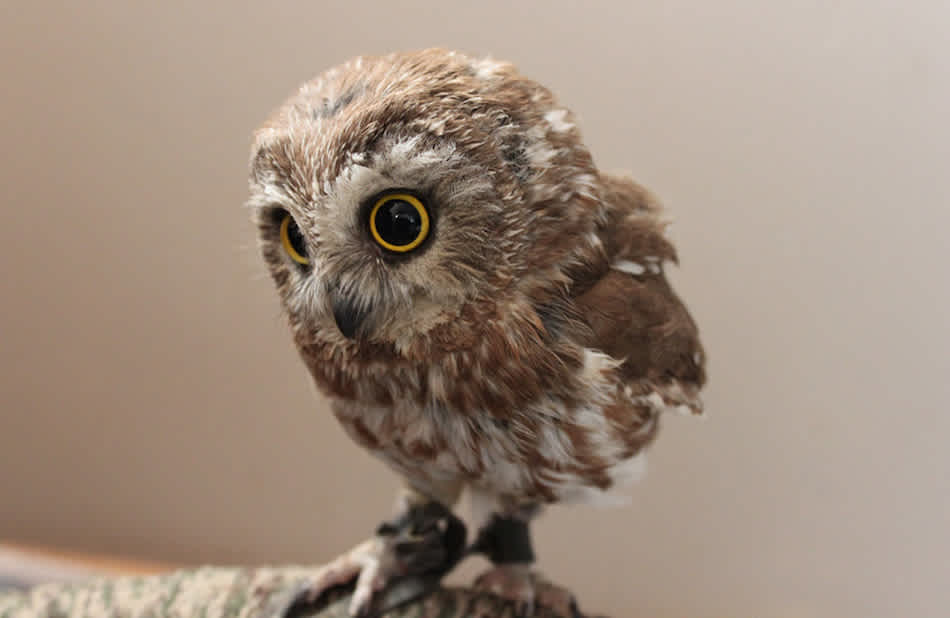 3. They Hatch On Different Days Than Their Siblings

Instead of laying eggs one at a time, owls lay their eggs over the course of several days. This can result in size differences among owl siblings as they hatch at different times.

This means that the youngest of chicks may not survive years with food shortages, as bigger babies will win sustenance. An evolutionary tactic, this is beneficial to the species because even in tougher years it means some of the baby chicks can survive. 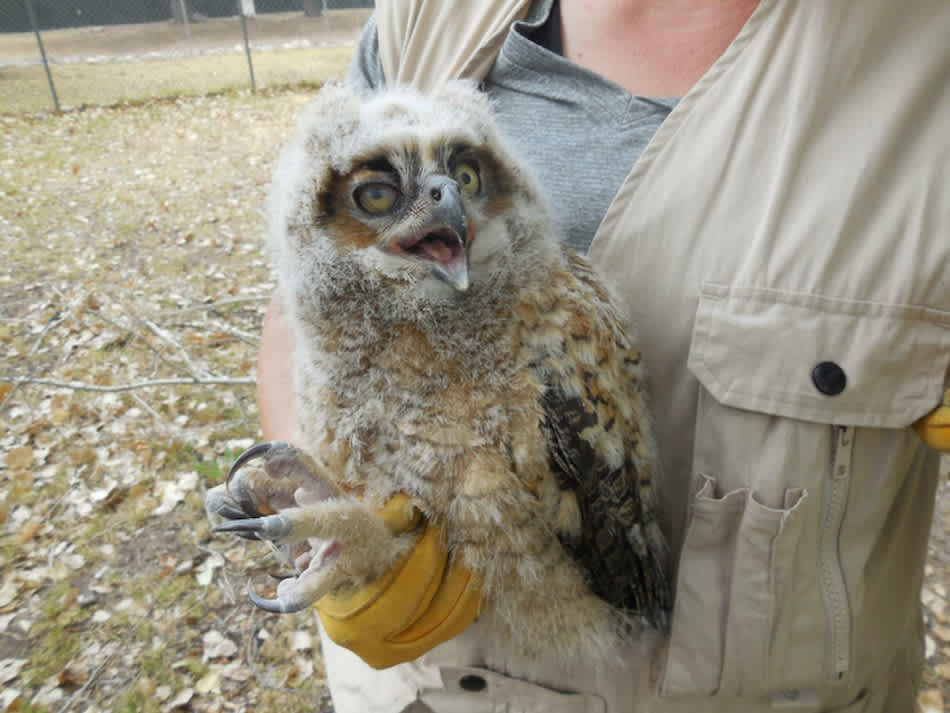 4. They Will Attach To Humans If Not Careful

When caring for owls with rehabilitation in mind, it is important to be careful not to allow babies from imprinting on you.

This is no joke: Rescuers must take extreme measures to save the baby, such as camouflaging themselves and feeding it with tweezers held in an owl puppet’s beak. 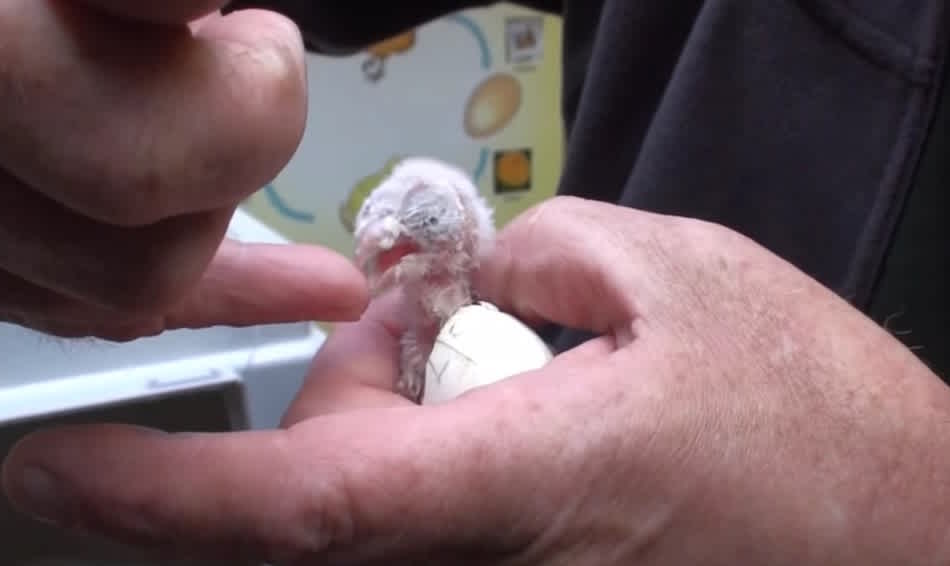 5. They Have Monogamous Parents

For some owl species, the babies will have a set of parents who stay mates for life. 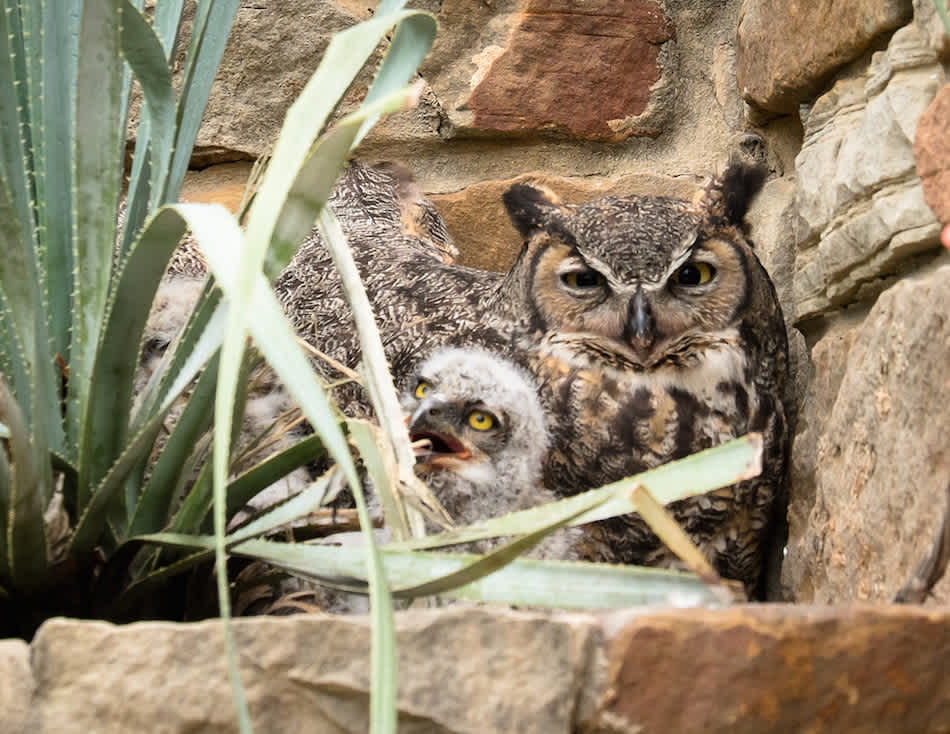 6. They Are Born In Stolen Nests

Owls don’t build their own nests. Instead, they take over the abandoned nests of other birds! 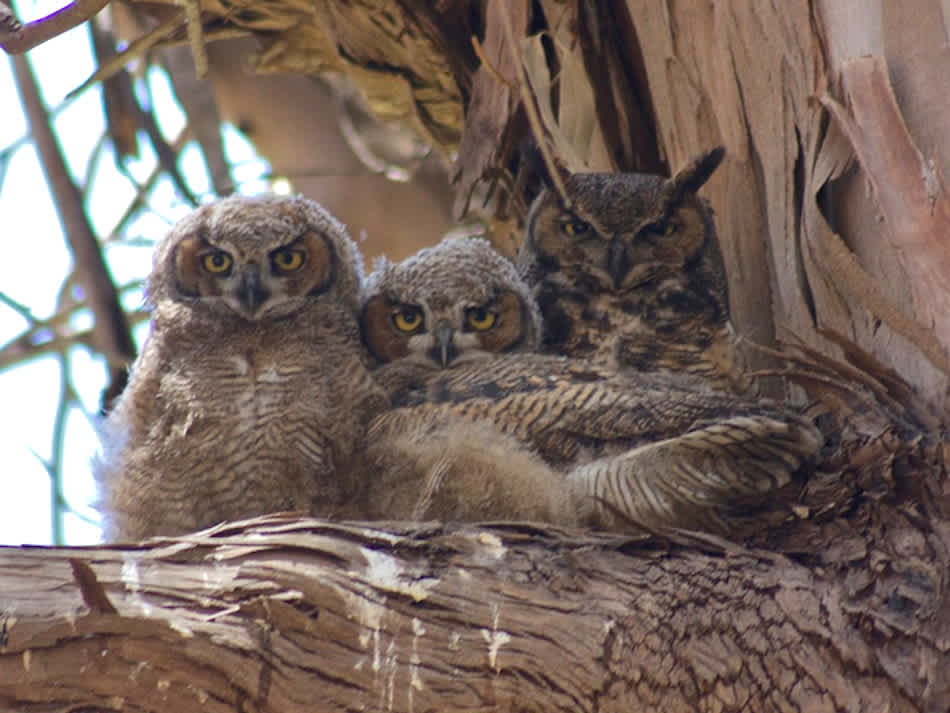 7. They Are Best Left Untouched

If you find a baby owl on the ground, don’t worry. It’s normal for them to spend time down there because they’re learning how to fly and also stay close to their nest in case predators attack it. So even if babies aren’t fledglings yet, keep them near their nests rather than taking them into your home or outside of nature where they can be hurt by other animals

If the baby bird is not visibly injured, leave it be. The mother may return after you’ve given her some space and privacy. Just move the baby slightly closer to its nest so that she can find him or her easily if she does come back for them later on in the day. 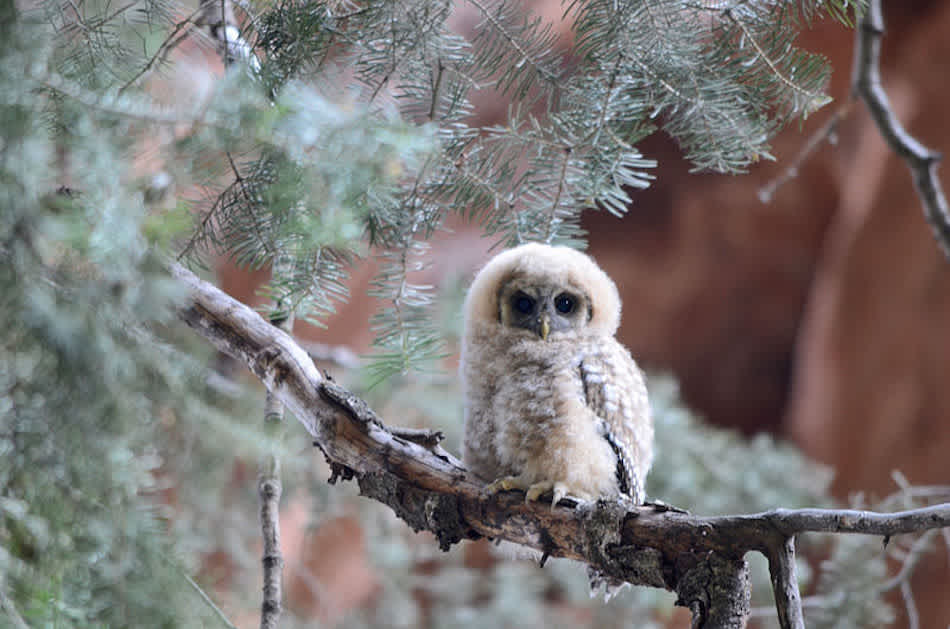 8. They Don’t Stick Around The Nest Long

After baby owls hatch, they will remain in their nest for around six weeks. The time it takes varies depending on the species of owl. 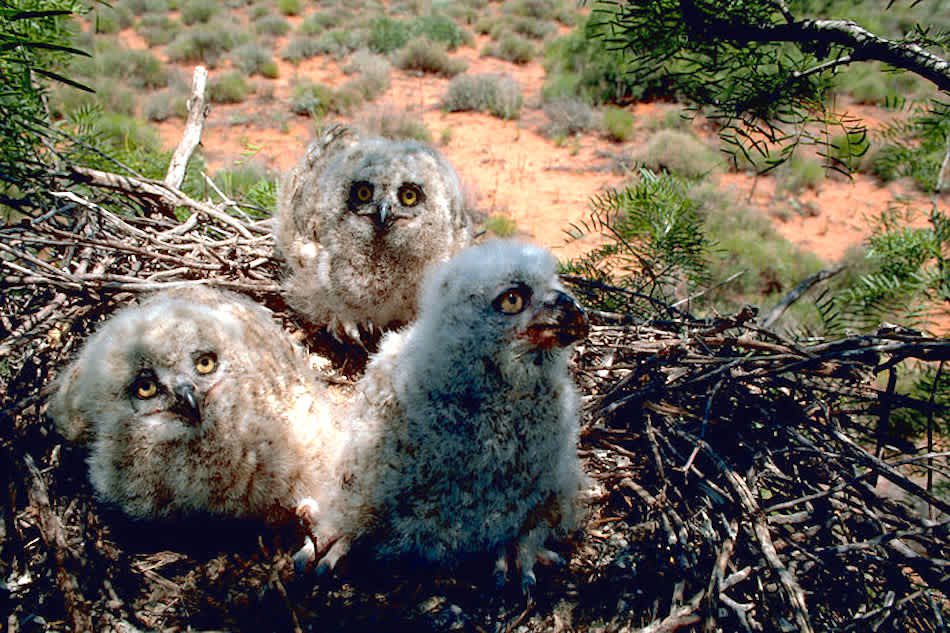 Within eight or nine weeks, baby owls are at the full adult weight and feathering. They grow up fast as birds of prey because they’re the fastest-growing vertebrates!

10. But They Start Off Quite Small

Snowy owls are one of the largest birds in their habitat, reaching two feet tall when fully mature. Their young is a muddy brown color and about as big as a baby chicken at birth. 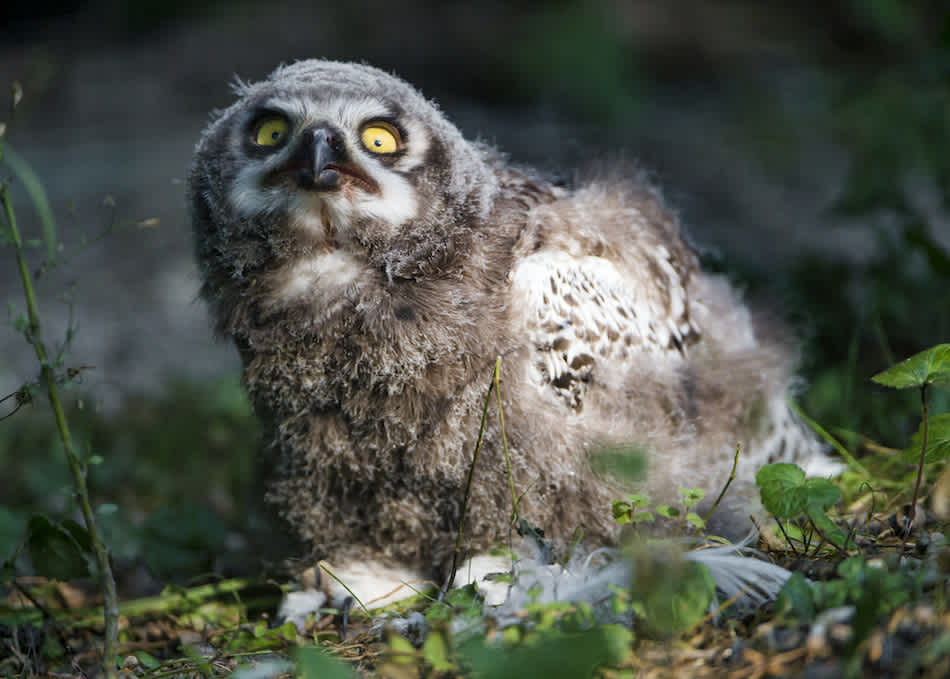