Of all the dog breeds, pit bulls are perhaps the most misunderstood. Often characterized as naturally dangerous, many are abandoned, ignored, and left homeless because of this reputation.

But pit bull owners know that this is simply not true, and just a vicious rumor perpetuated over the years. They are actually sweet and loyal companions who make great additions to a family. They’re wonderful with babies and children, too! Many owners plead for people to stop spreading false and harmful information about this dog breed, including a woman named Stacie Rae English and her brother, Shelby.

Shelby is the owner of a pit bull-Lab mix named Hurley. The dog is nothing short of a hero after he put himself in danger to save the life of a little boy.

Shelby was walking Hurley off his leash at night when the pup broke away from his owner to pull a venomous copperhead snake away from the child. Hurley was bitten in the encounter, though he survived.

You can read more about this terrifying incident in Stacie’s social media post, which you’ll find below. 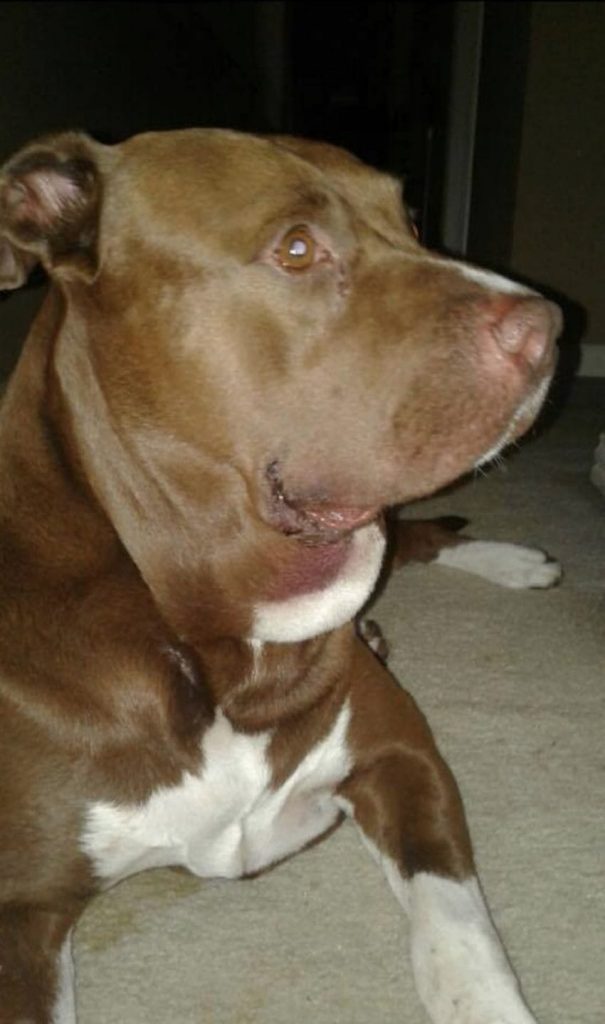 My brother was walking his pit bull-Lab mix, Hurley, in our neighborhood field around 10 p.m. He walks him this late so he can let him off his leash so he can do what he loves to do, explore all the different smells. 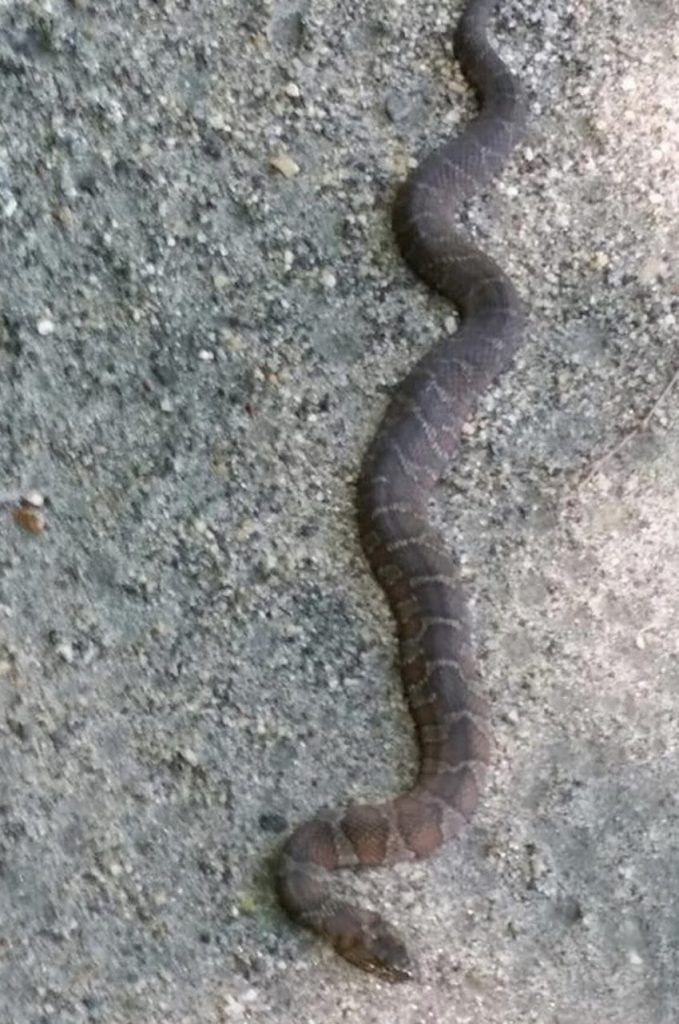 They heard a young kid scream and before my brother knew it, Hurley took off after the scream. With my brother close behind, he saw Hurley grab a copperhead snake away from the little boy and fling it around. [We] later found out he had killed it. 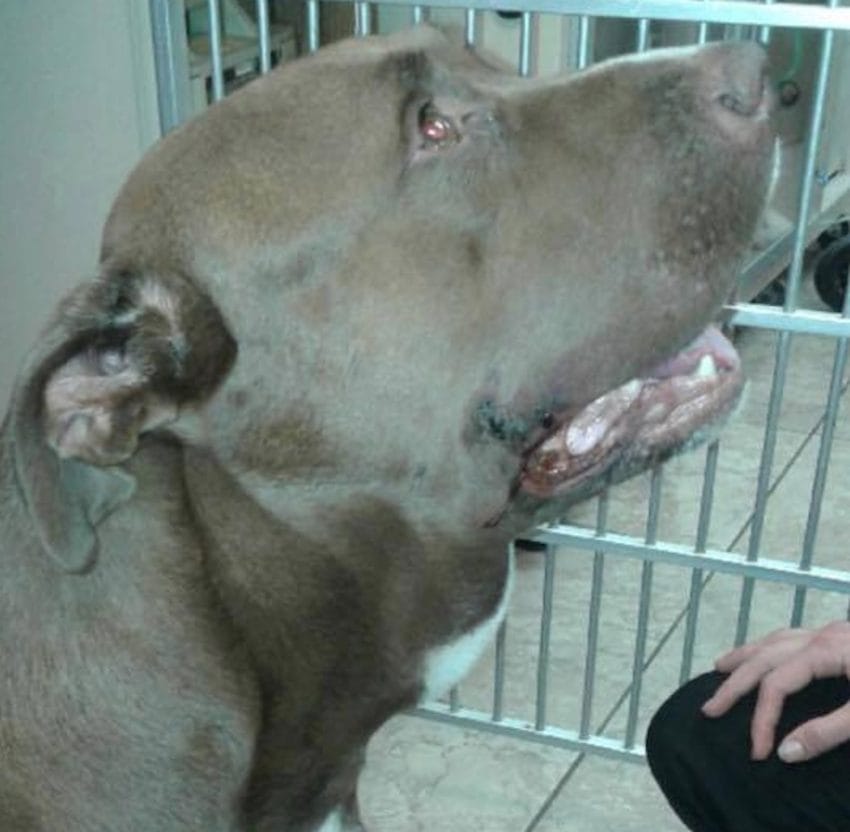 The little boy ran to his mother’s vehicle and drove off so fast that my brother was unable to find out any information on the little boy. (We are assuming because they left so fast that he was bitten and being rushed to the ER.) 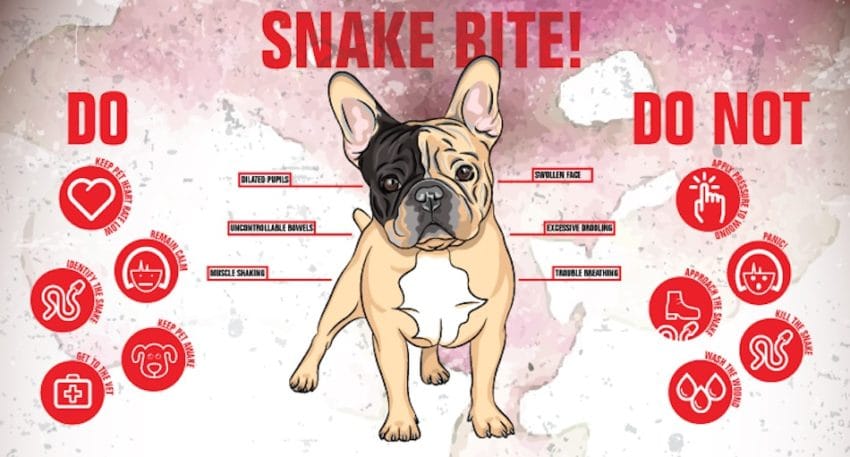 My brother then went on to call animal control and the Highland Village cops showed up to check out the scene. They asked to take a look at Hurley to see if he was bitten. 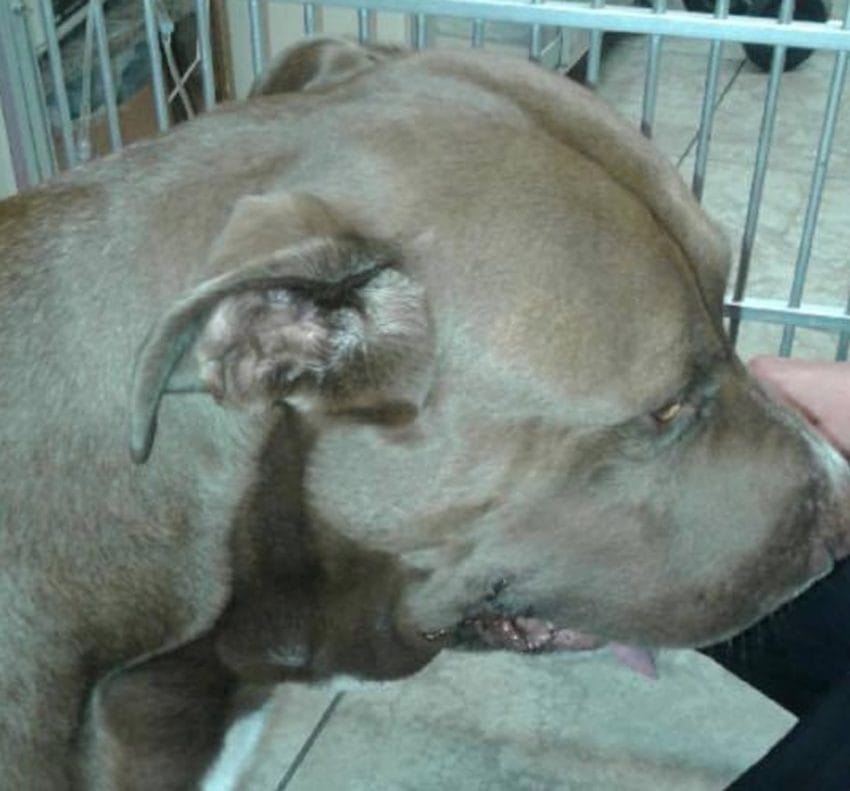 To my brother’s surprise, he was bleeding, had a swollen neck and foaming at his mouth. Sure enough, they found two puncture wounds in his upper lip. Shelby rushed Hurley to Denton Animal Emergency Hospital where he stayed the night so they could check his blood-clotting ability multiple times throughout the night.

Shelby and Hurley both got home this morning. Thank God, Hurley is doing a lot better this morning, just seems a little uncomfortable with his swollen face and neck.

It was later discovered the little boy had come across a copperhead nest and hopefully, Hurley prevented him from getting bitten, or at least getting bitten multiple times. 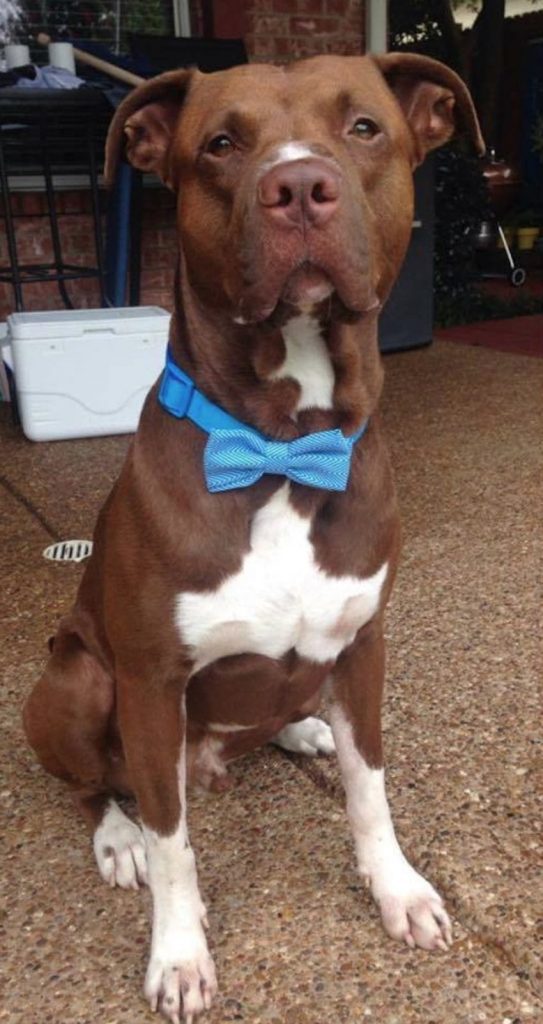 We are still trying to find out who the little boy is and make sure he is okay. Here’s our hero pit bull. I’d like for his story to get around for those who judge his breed.