Home
animals
Grandma Realizes Why The Dogs Are Barking Ferociously At Bush, Grabs Kids And Runs…

While Slayer, a Pitbull and his best friend Paco were playing outside, they noticed something shady in the grass. They did not think anything of it at first until they realized what the shadow was. They gathered up their family and ran.

In the grass, was a giant venomous snake headed toward the Butt family grandchildren. The dogs began to bark to alert the family that something was not right. That is when grandma sent the kids inside to safety. When she returned to save the dogs, her worst nightmare had happened. Both canines had been bitten, and it was only a matter of time before the venom took its toll.

The snake was a copperhead, a very venomous and potent snake. The two dogs were watching over the snake so it would not harm any of the family members. The snake lunged at the two dogs and bit them multiple times, injecting them with deadly venom. Slayer then grabbed the dangerous snake by its neck and shook it until it was dead. 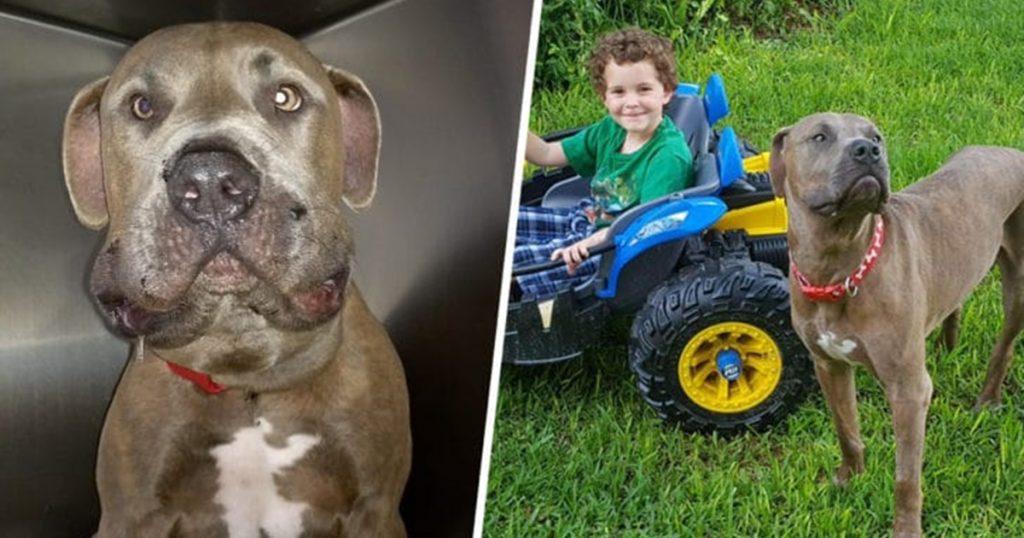 Melissa Butt rushed, rushed both dogs to the vet because they both began reacting to the venom. Slayer’s face was swelling, and his breathing became labored. They were taken to the BluePearl emergency vet in Brandon, Florida, about 40 minutes away.

Once they arrived, each of the dogs was given anti-venom. After giving the dogs heavy doses of anti-venom. Paco was released a day after because he reacted very well to the antivenom. Slayer, on the other hand, is having a large problem with swelling and is still not back to normal. Each day, he slowly progresses.

Without these two amazing dogs, the children may have been seriously injured. Thankfully, these amazing and loyal dogs stepped up and made sure that everyone has made it home safe and alive.