Stray cats live pretty tough lives, and it can be tough to capture them so that they can get the necessary medical treatment to keep them alive. Feral cats are adding to the population because they are not spayed and neutered.

Sophia was a stray, pregnant cat who was turned into a local animal shelter. 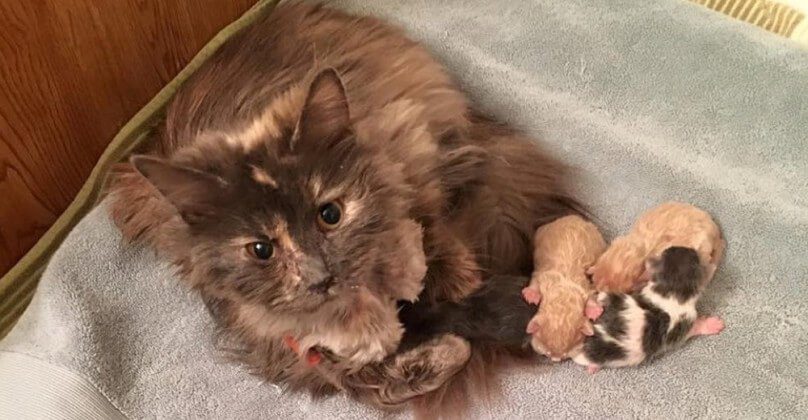 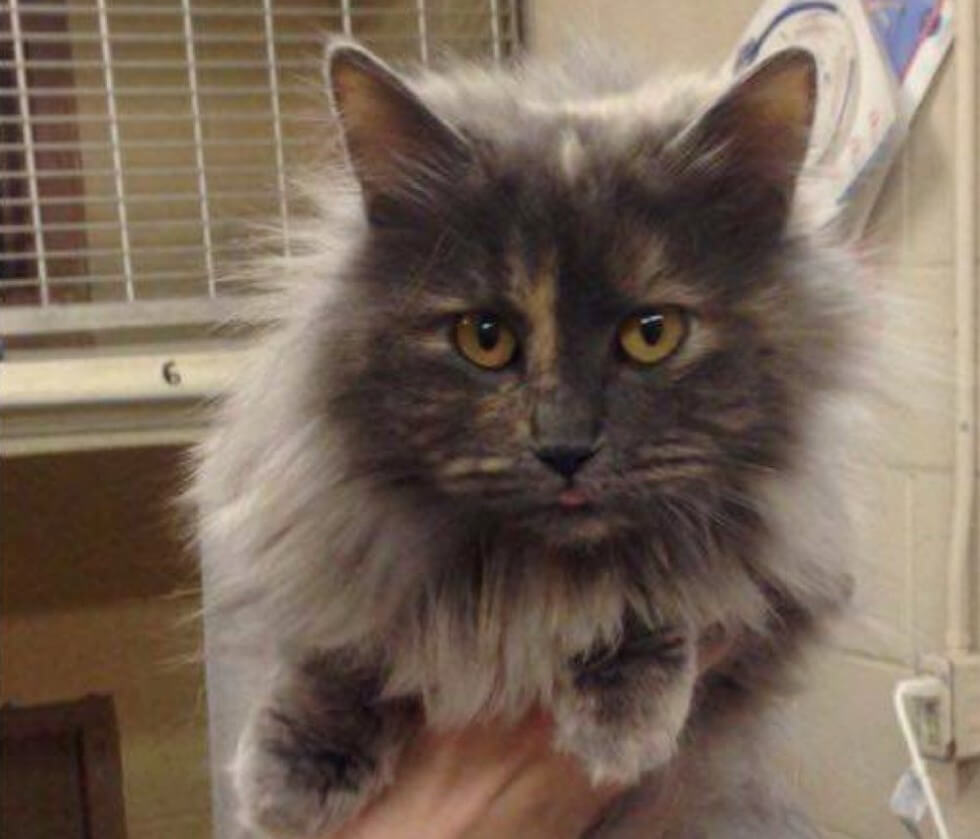 During her stay at the shelter, she developed an upper respiratory infection that made her so congested that she refused to eat. That was a huge problem since her kittens needed nutrition.

Once they decided to feed her through a feeding tube, she recovered from her infection. She still she refused to eat even though she was clearly hungry. They kept a sweater on her to keep the feeding tube in place. 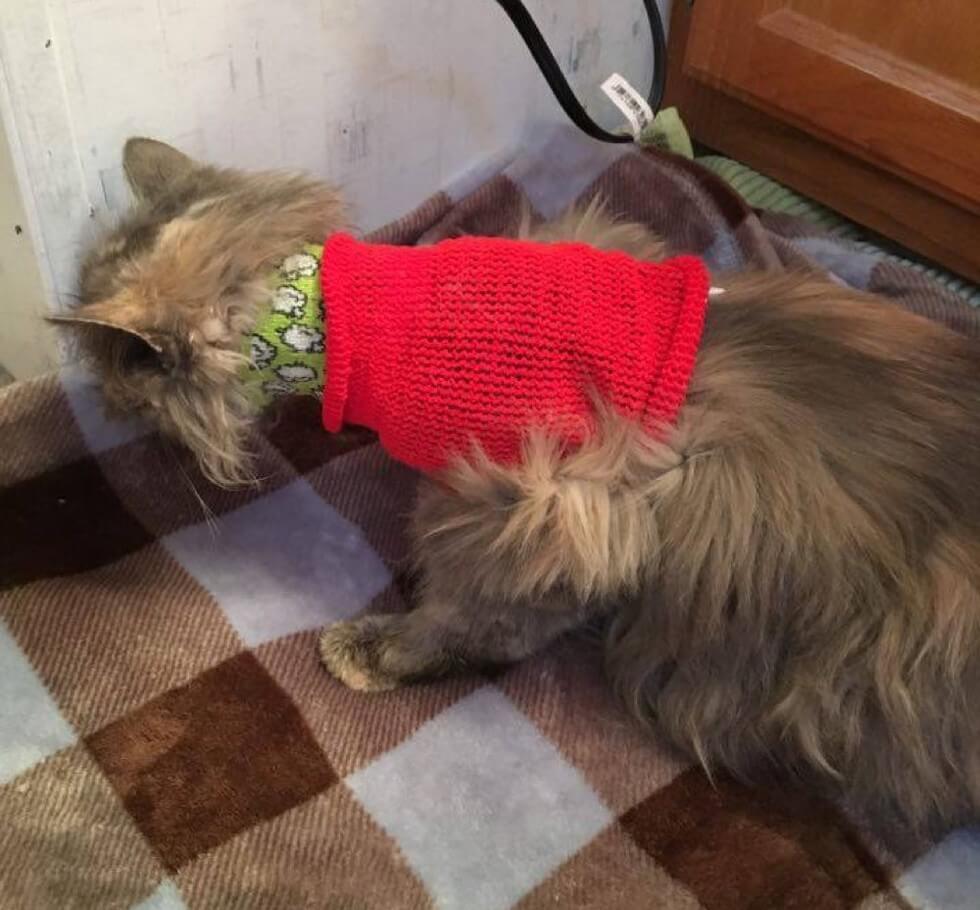 Once the kittens were born, Sophia started eating ravenously again. 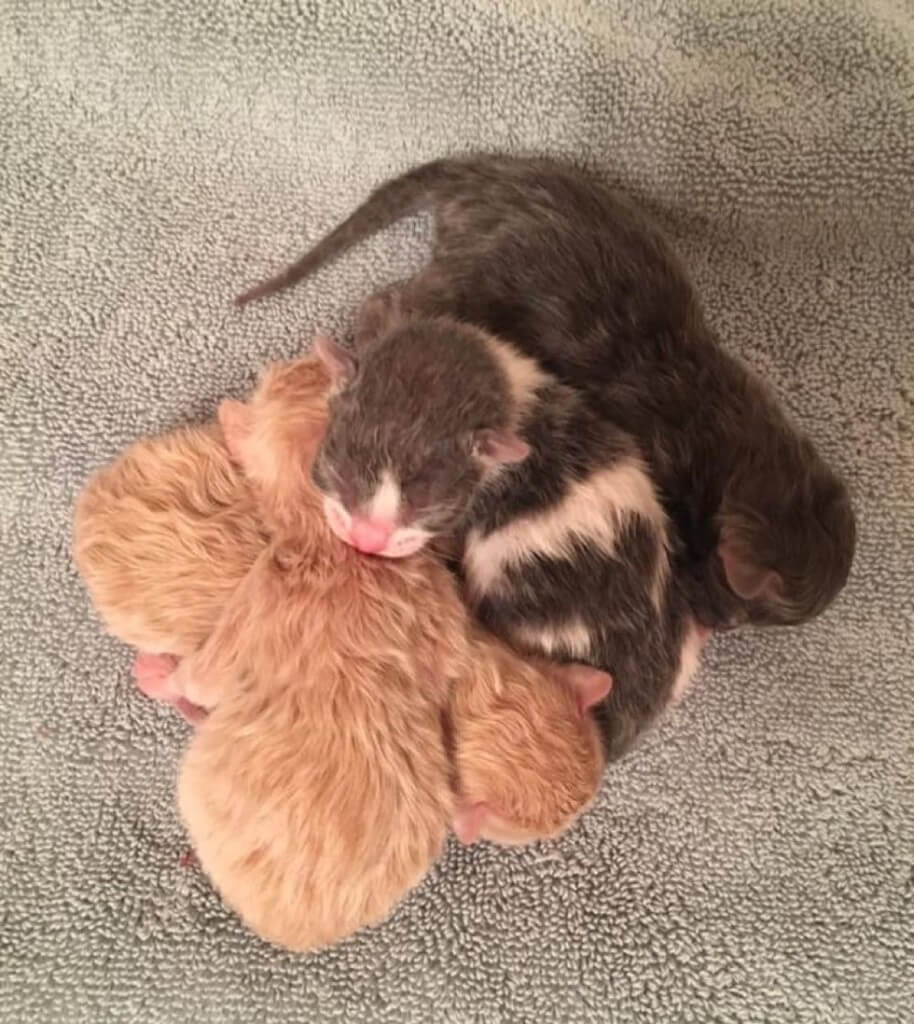 Four beautiful kittens were brought into the world, and Sophia hasn’t left her food bowl since. 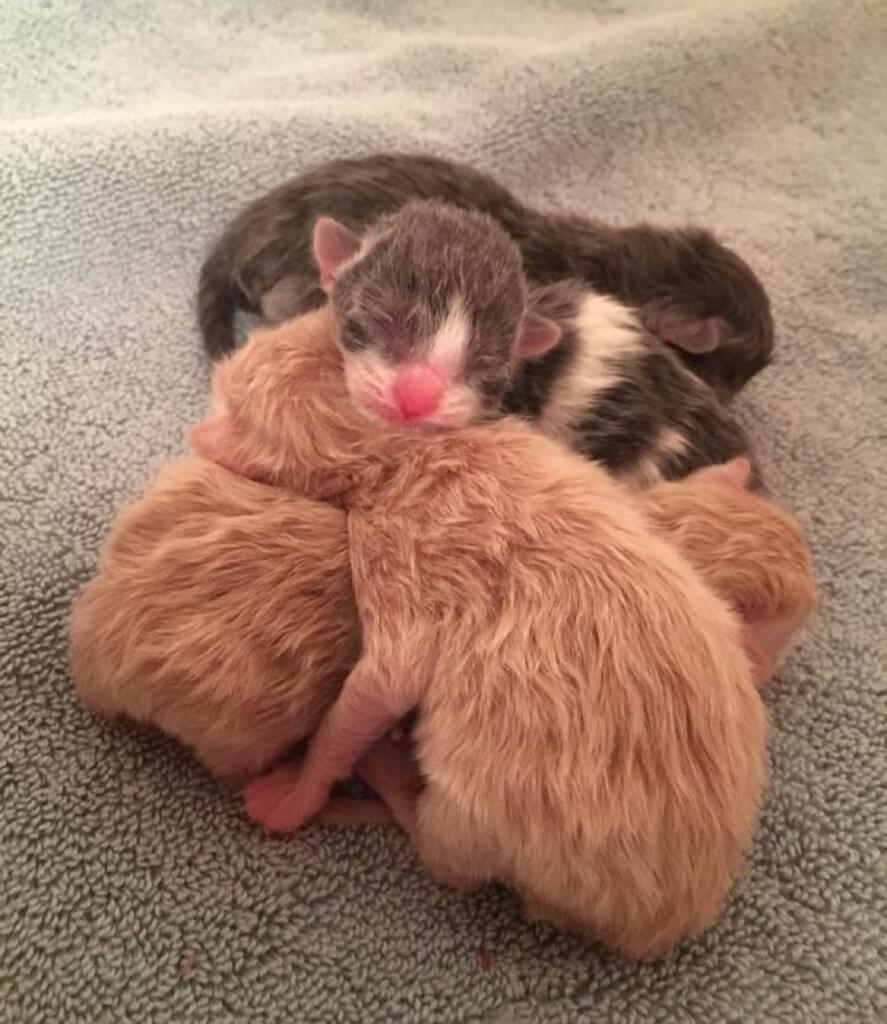 It was almost like she knew that everything was finally alright and she could start taking care of herself again. 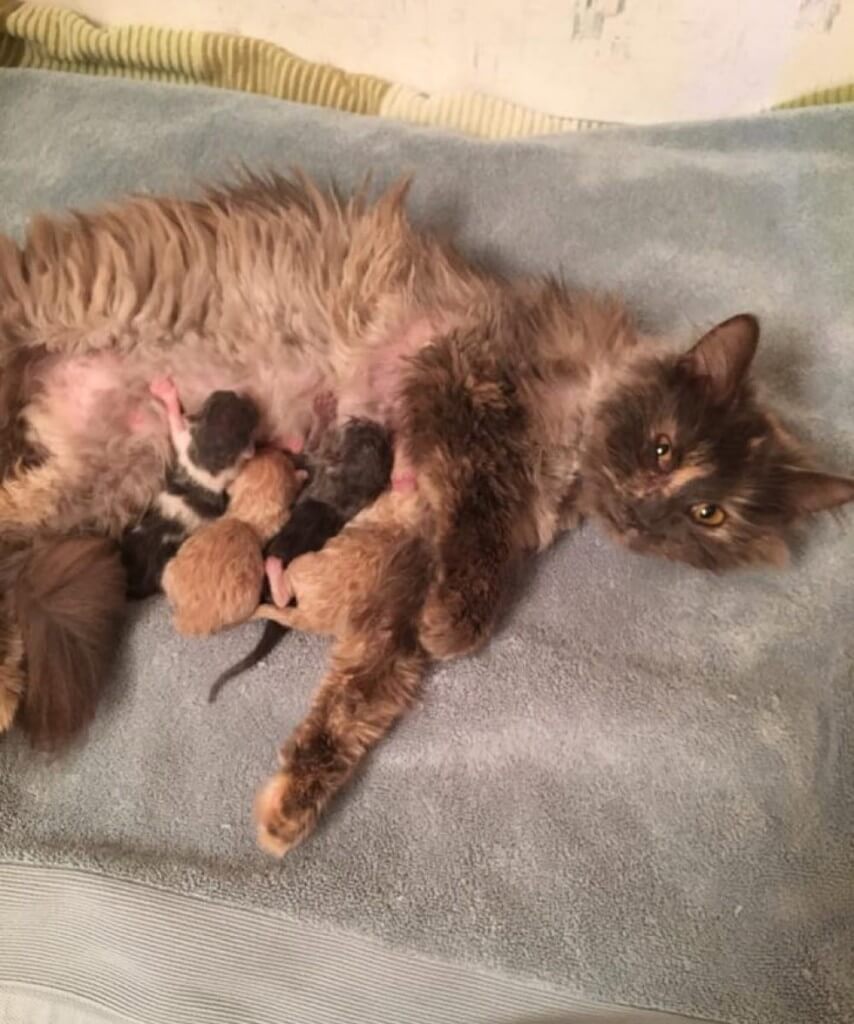 It was a happy ending for everyone involved, and once her kittens are old enough and have been weaned, they’ll likely find their own forever homes.