This stray pit bull has finally found his forever home after a heroic save of a Georgia woman while getting stabbed himself.

He was given the named ‘Hero’ after the July 22 stabbing when he lunged toward a male attacker and saved the female victim.

Hero has been adopted by Sara and David Simpson, of Tennessee  and the best part, he has two doggy friends in his new home! 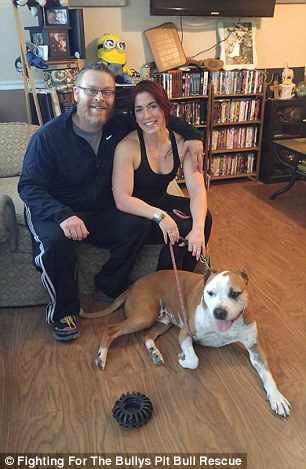 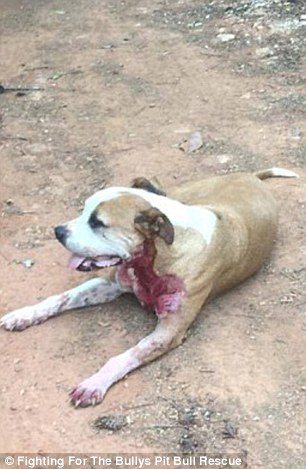 No longer a stray:Hero has been  adopted by Sara and David Simpson (left), of Tennessee, after he saved a woman in Georgia from a vicious knife attack (right) 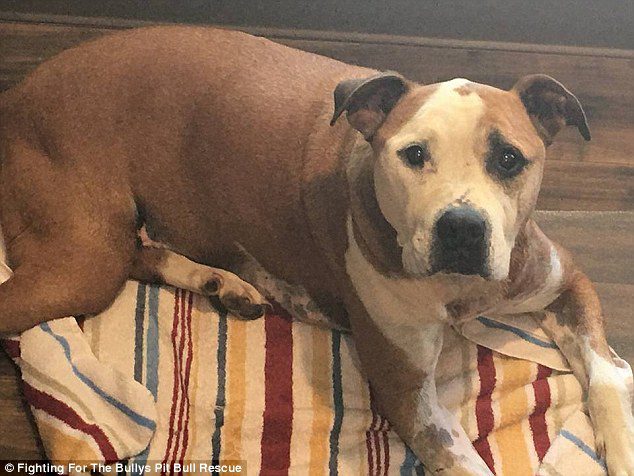 Hero saved the woman in Baldwin while she was being attacked on July 22, and was instead stabbed himself.

‘We are really blessed to be taking this baby and making him family,’ Sara Simpson wrote in a Facebook post. ‘Adjustments are going well.’
Hero was stabbed five times and was left for dead when the police  found him and took him transported him to the veterinary.

‘I don’t think we could have let that dog suffer and die,’ Officer Timothy Clay shared with Wate.. ‘We felt like we needed to get that dog some help after what it had been through.’
In emergency surgery, Hero died  twice but pulled through despite the odds. 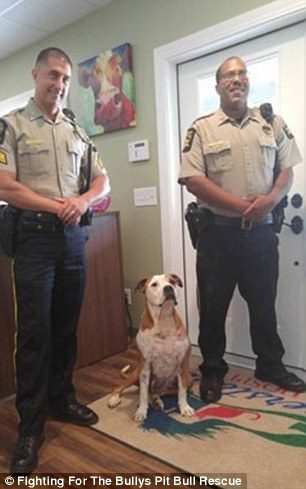 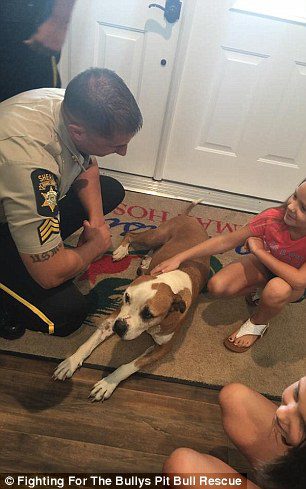 The two police officers took the injured pooch to a vet, where he died twice during emergency surgery. 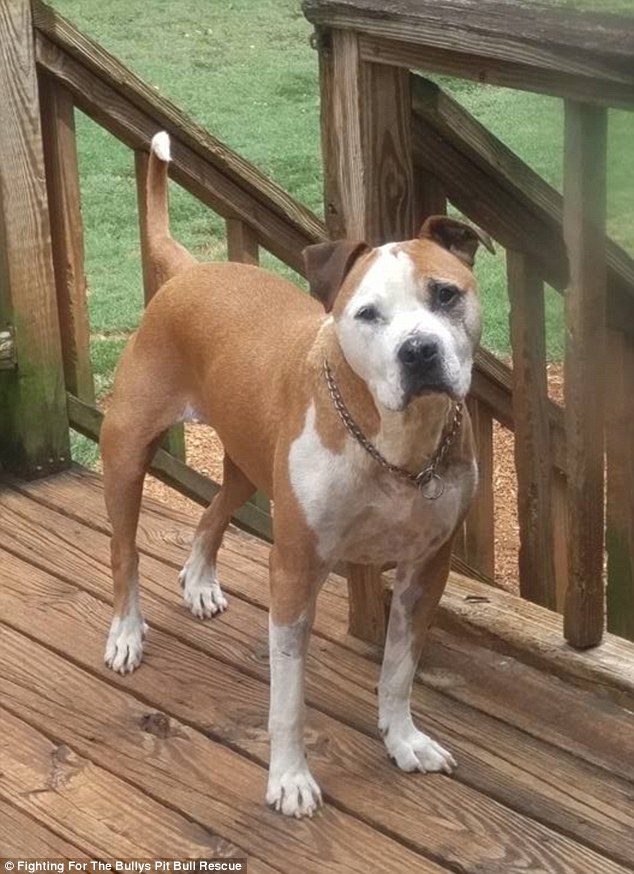 Hero has made an incredible recovery and is now enjoying time with his two doggy friends and his new family.

He has since made an incredible recovery. The Simpsons’ are encouraging families to adopt rescued dogs as they did.

‘So so so many animals out there need loving homes.’