The dog was found wrapped in a plastic bag in a garbage chute just seconds before he would have been consumed by a trash compactor. 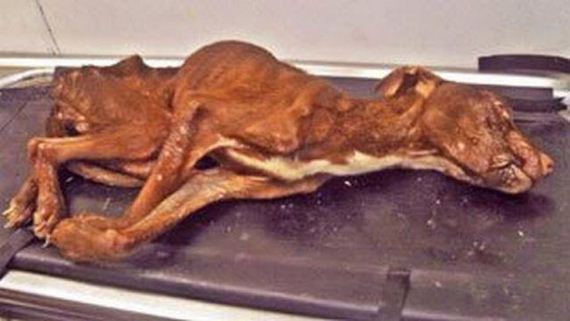 No one really knows how he got into the chute, but we do know that the dog’s owner had tied him to a railing and left him there for a week. 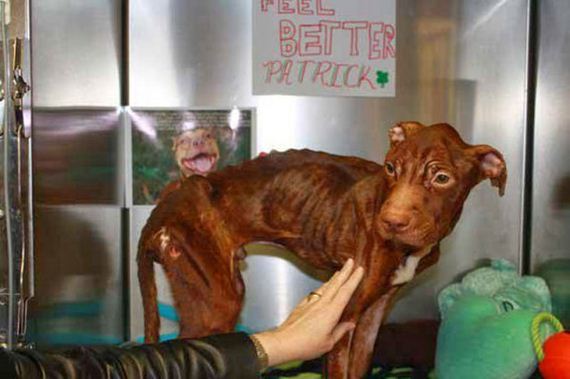 No one at Garden State Veterinary Services thought that he’d make it through the night, but somehow, he did. 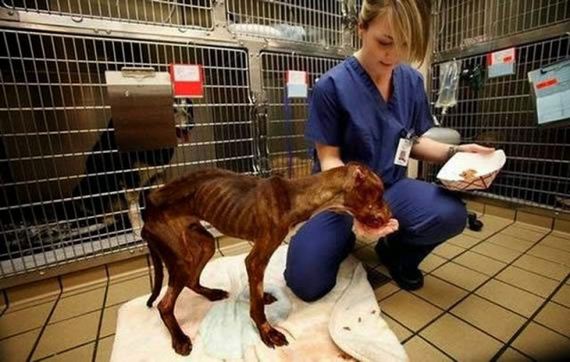 They named him Patrick since he was discovered the day before St. Patrick’s Day… but this little dog wasn’t out of the woods yet. 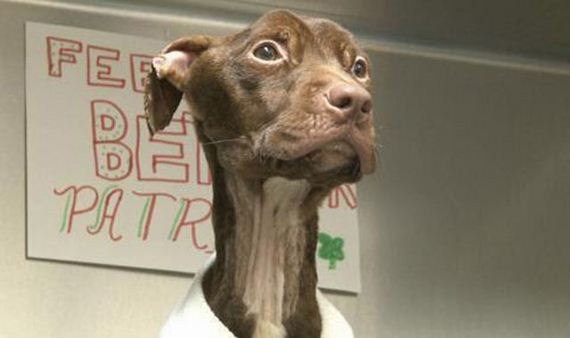 At just 19 pounds and with a body temperature so low that it didn’t register on the thermometer, his chances for survival were slim. 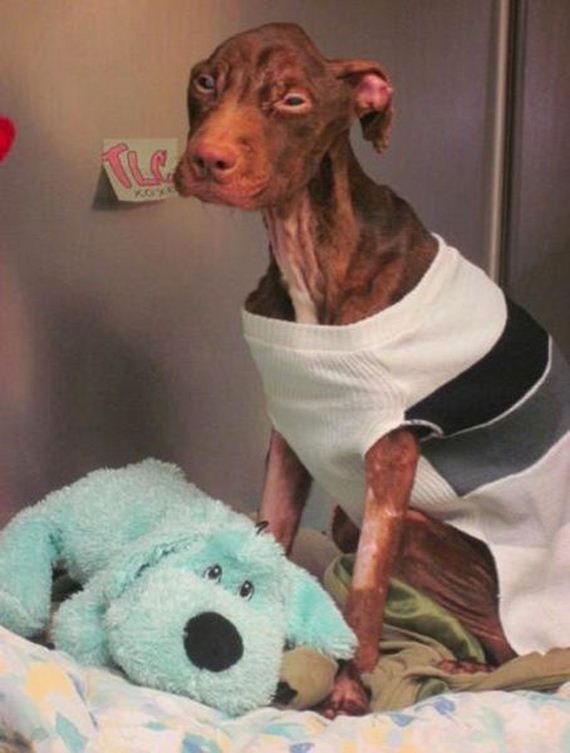 He needed to have a massive hairball removed from his stomach before he could even eat again. 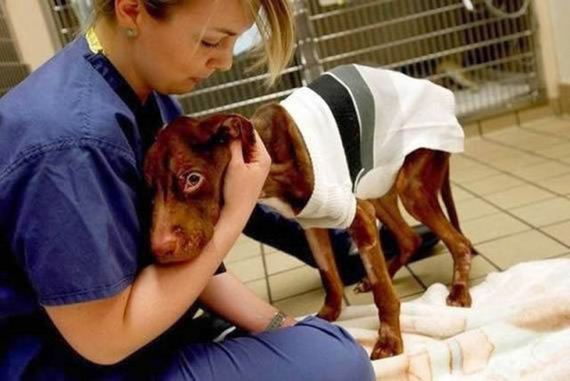 Everyone was rooting for the skinny puppy, and Patrick was trying his hardest to stay alive. 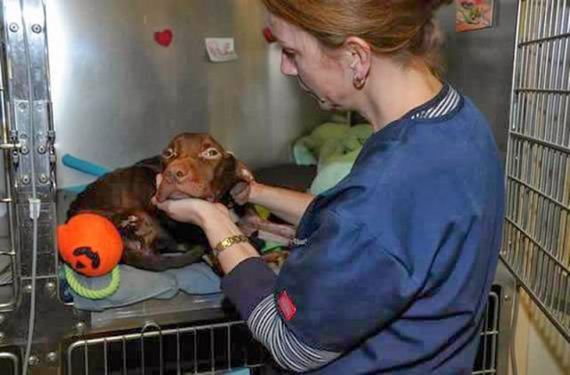 Every day that he survived was a victory. 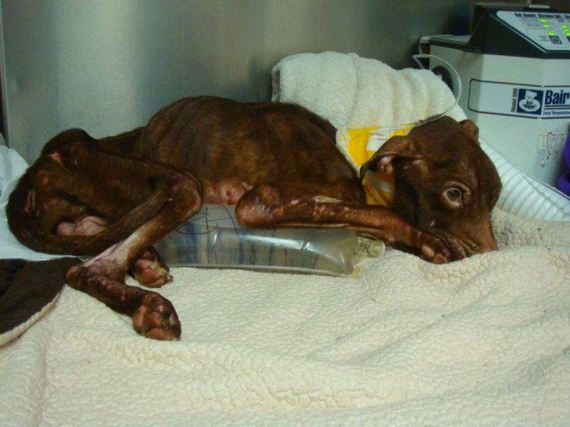 As his story spread, Patrick began to gain a following of admirers. 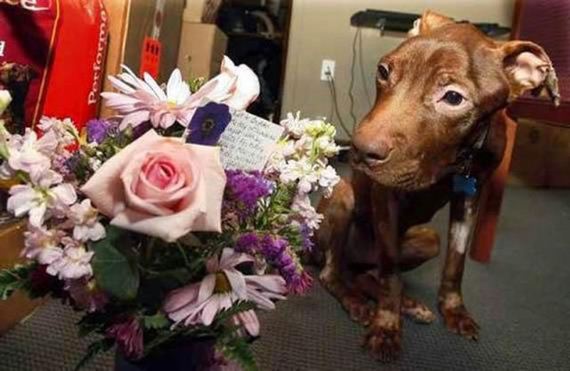 Slowly, his face began to show signs of life. 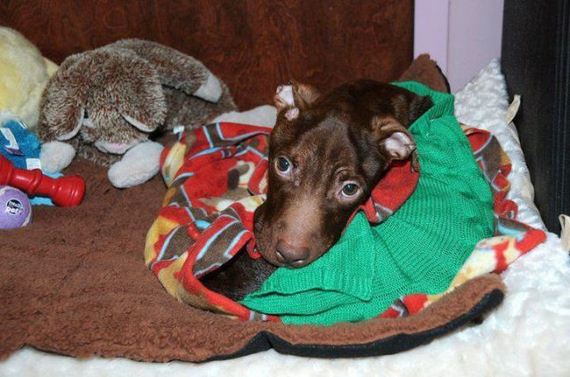 Although still very thin, he was beginning to resemble a dog instead of a skeleton. 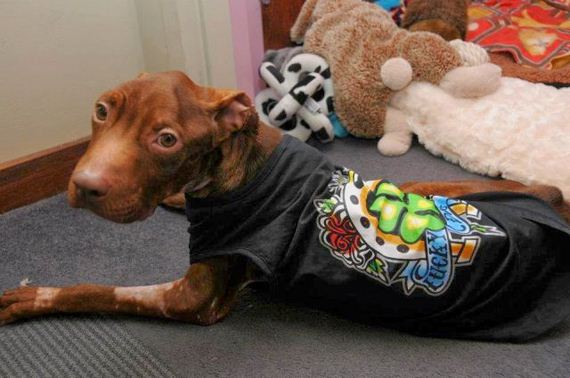 He gradually began to trust the people who had been taking care of him. 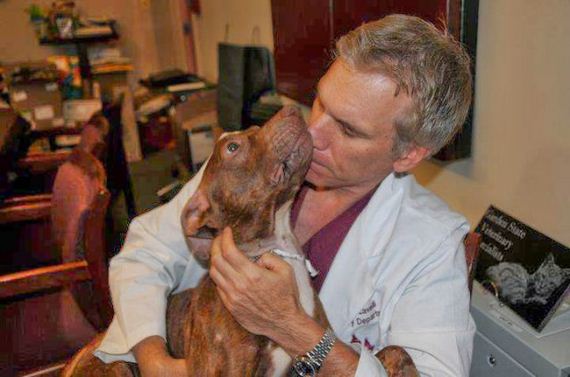 … Even if he didn’t always understand what they were doing to him. 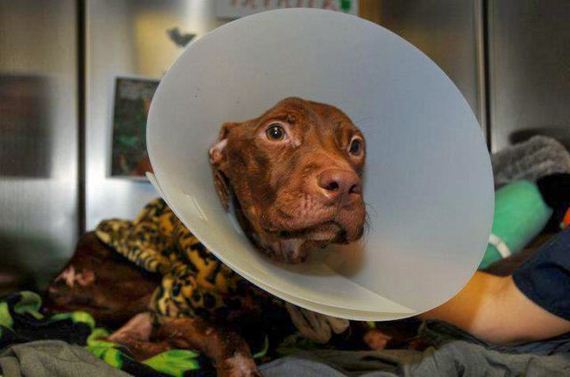